Garden [by] The Bay

Truly.
A World Of Wonders 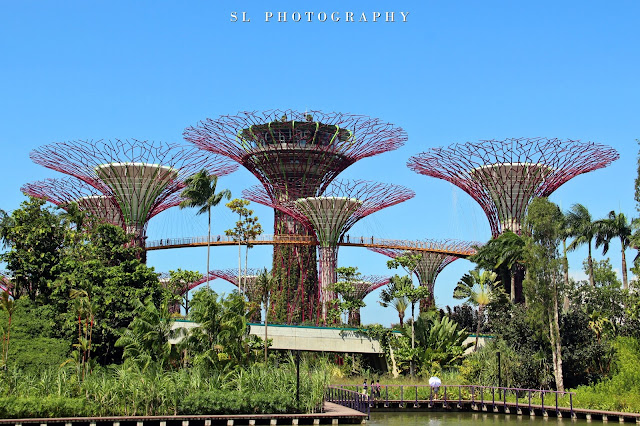 Garden By the Bay consist of multiple fascinating man-made indoor and outdoor gardens which located right behind Marina Bay. Before this, I have only seen  images of the famous Supertree Groove popping out on the facebook newsfeed once awhile but to be there to see it with my eyes is just beyond words. Due to time limitation, I only get to visit the cloud forest and flower dome which come in a package at $28 per pax. Here are some pictures of the amazing place: 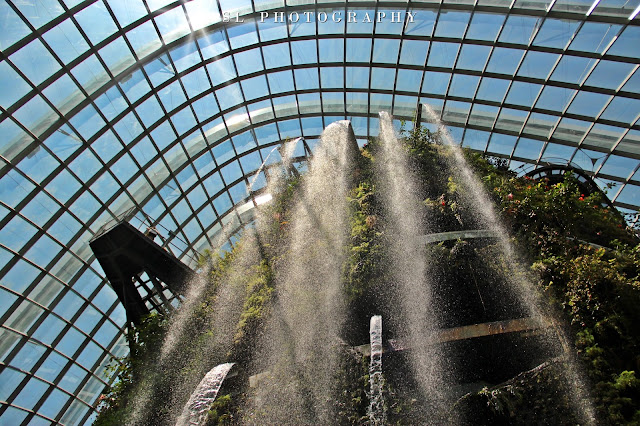 An eye opener: A man-made 35-meter tall mountain stands right in the middle of the dome covered in tropical plants with the world's tallest indoor waterfall. That should sums it all. 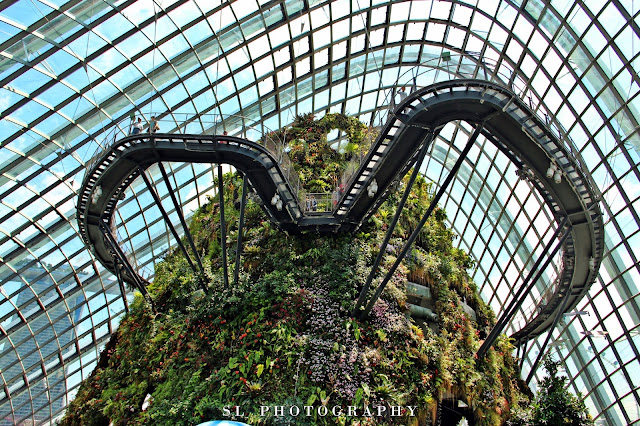 Start from the cloud: Fly up the hill by taking the lift and goes round and round down for an aerial view of the surroundings and waterfall. 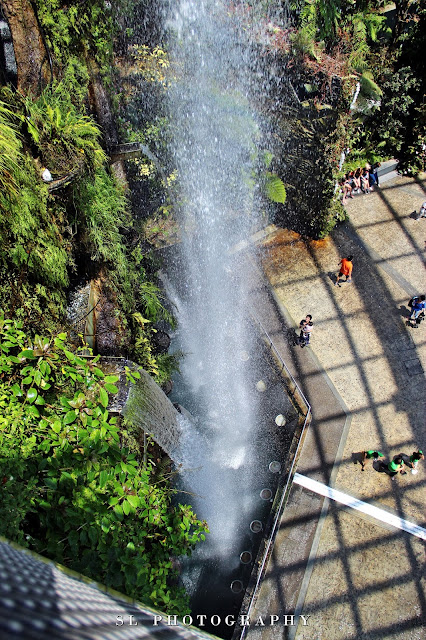 Right at the middle: Amazing view from the mid-air with cooling and refreshing surroundings. what more can you ask for? 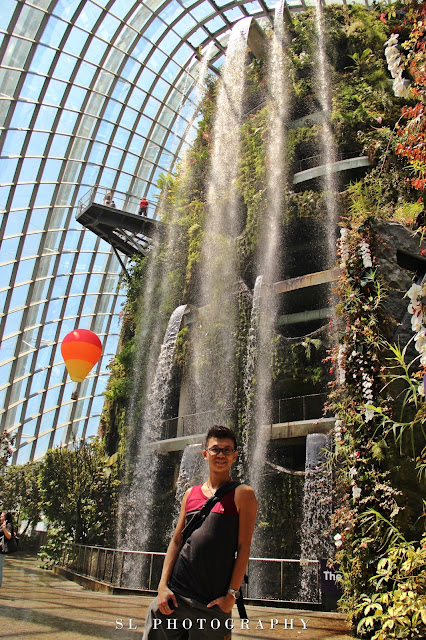 World tallest in-door waterfall. Me with the amazing man-made waterfall filled with amazing rare plants and superb view of the surroundings. 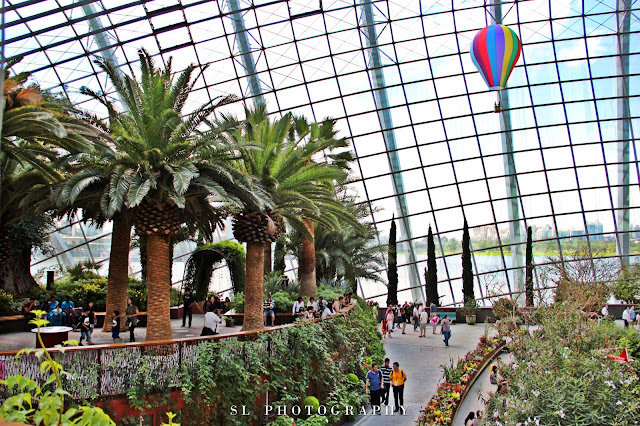 Flowers from round the world: Here you'll discover a new world with amazing trees, plants and flowers from around the globe and if you're lucky enough, you might even see some birds flying around. 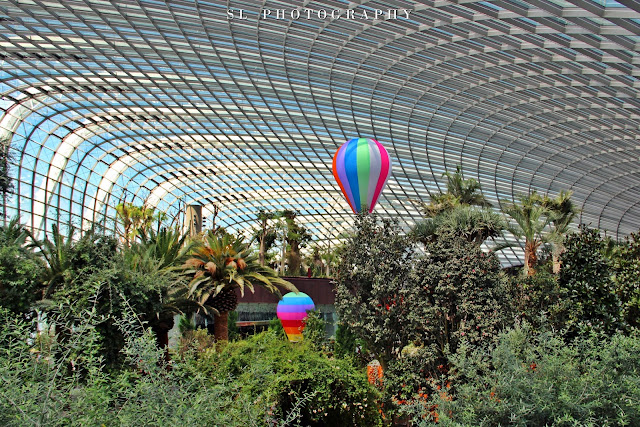 An overview at a higher ground. Loving this place. Cool and relaxing. Fully cover with glass which does not shut out the sun completely. I didn't really have much time to take proper photos of some amazing flowers. So, there's only a few i could share: 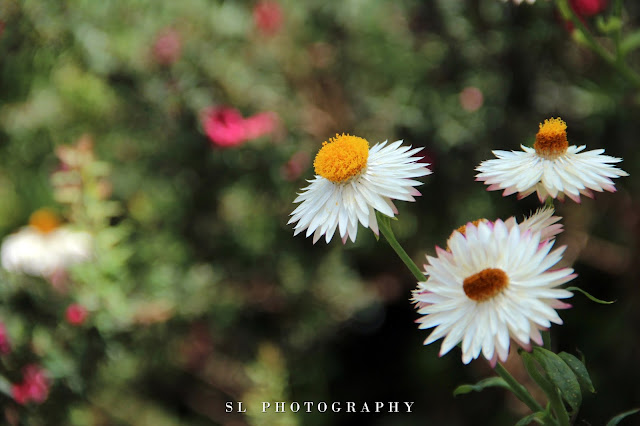 Quick shot: Didn't manage to catch the name of the flower. But looks pretty special to me. 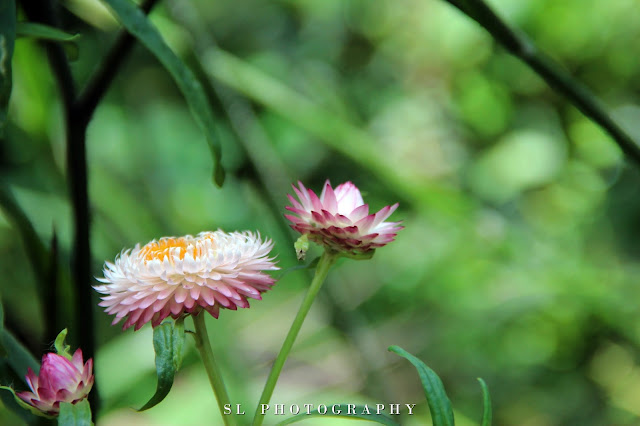 Lotus alike. Again, not sure what flower this is, but it look a little like a lotus.

By Simon Loh
*Click on the pictures for better quality =)
Posted by Simon Loh at 12:50 PM No comments:

[some] Pieces Of Advice

Sometimes you need to have some amount of selfishness and think about your own career.

You are young, and it's important for you to know what you want, and map out your path

6 months from now, no one will remember your generosity

6 months from now, people will only look at how you have progressed in your career

In the working world, you need to be able to take care of yourself.
Posted by Simon Loh at 10:12 AM No comments:

I actually totally forgot about this incident which happened like 11 years ago until my mates brought it up over dinner just under an hour ago. So yea, decided to blog this up quickly before its forgotten again as I believe this only can happen once in my Lifetime. Hmmp.. yea. hopefully once will do. =)

So, maybe some background introduction first:

There were like maybe 30+ of us went off to a camp in order to obtain the "Ahli Perkhidmatan badge" during my sea-scouting days. I was form two and leading another junior scout ( Sheng Ji ) in the same patrol. This is actually a very basic camp. More like a honeymoon stay in Coronation Camp. Just need to build a tent with drain around, flagpole, fencing and a simple gateway with mob sticks.

But during one of the night, something happened to me which I could not explain. I wasn't even conscious. Wasn't even myself. I honestly doesn't remember a thing. Just remembered I went to "bed", then woke up WET next to a GUY in another campsite. Weird. Initially I just thought maybe I am having the normal "Simon blow" syndrome. But, apparently I did some stuff which  I myself could not imagine myself doing it.


I still doesn't know how true is this...
..but this is the info I got it from the *witnesses awake at the time:

Gonna have to provide as little details as possible:
I slept at my own campsite.I got up. I ran to the river. I walk into it. I pee. I walk back to anotyher campsite. I mumbling some "bahasa orang gila". I went back to bed next to that guy. I woke up.


NOP. I was not raised in a house made of bricks. The roof is basically that typical "colorful" atap. Sunlights could shine in and water does leaked in once in awhile when it rains. My parents had to pay the landlord monthly to keep that roof over our head. There are drains inside; homes of many rats and cockroaches. One of my hobbies? Killing them with special wooden shoes!!

Hey, I remember the sound of "Kah Kiak". Had to wear and run across the backyard past few chickens in order to take care of some "big business". Oh yes, the "poo poo" toilet is not in my house, and we need to share it with others. The backyard is connected to my two other neighbours. We could just run around 3 houses like no body's business.

My family of 6 lives in a room. Smaller than the one I am in right now. No window. But at lease it has air-con. Upstairs were occupied by others. My uncle and another family of two. My late God Father's motorcycle shop is attached to our house in front. Strangers walked in and out all the time borrowing toilet and stuff. It was ever so full of life.

No. I did not had much ice creams, sweets, snacks or luxury foods. I made my own lantern. I made my own Kite. I made my own sword with newspaper. I even modified my own bicycle. The open sea is not far away. We go there all the time to fly kite. We prank people all the time. Games like gasing, congkak and chinese chess were crazy fun to us. The whole kampung feels like ours. But once too playful, I was robbed by a stranger koko. My gold neck-less given by my late God Father gone. =(

Now. You might be wondering, why writing this all of a sudden? Sigh, its cause the place where I had so much fun growing up will soon be torn down for roads. Sad. But it is necessary in order to make Penang roads better. Will be visiting it very soon with my camera. Before it’s too late.

I've just open my eyes after spending over 5 minutes thinking when was my 1st Bon Odori experience. I certainly remember going with Sam and Mei Qing aka Aunty Pumba when I was form 5 and bang some cars while parking. Another time during my form 6 period with my old N'tau's gang where a corn stuck in my nose" torturing me to the Max! But why I just cant recall who did i went with during my 1st trip? I remember someone macho carried me up his shoulder and the fireworks almost hit me as it fly off super low.. *Crazy experience.. 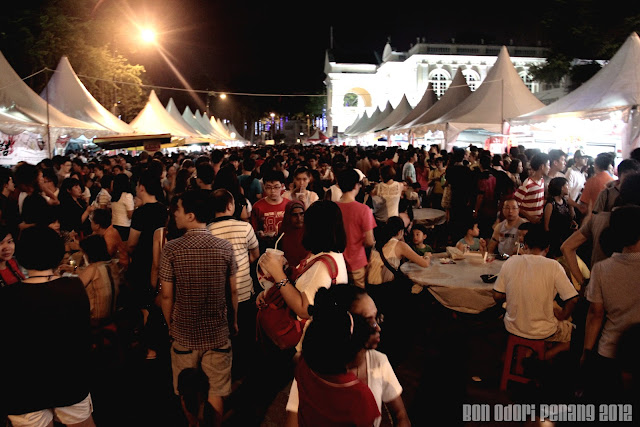 And Yup. Times flies and finally in 2012, I was there again with a friend. Both with DSLR camera trying to play around with night settings and to witness the ever popular fireworks. 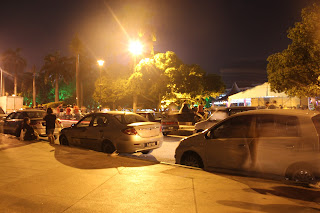 One of the highlight of the day is that I am fortunate enough to park my car in between the esplanade sea and field even when we reached there late around 8. *Just when my friend was saying "let's try our luck" and "BOOM", a car signaled out and gave us an empty space. *Picture to your left: Can spot my car?

So, we started off by walking pass the crazy busy food area where I don't think I manage to look into any of the stalls since most of the time we were just trying to get to the other end of the road.  *I errr, actually met my Motorola cubical mate there. She was with her bf and younger sister. And when we finally turned into the games corner, our hands get itchy and started taking pictures while stopping by stalls by stalls to check out interesting stuff. 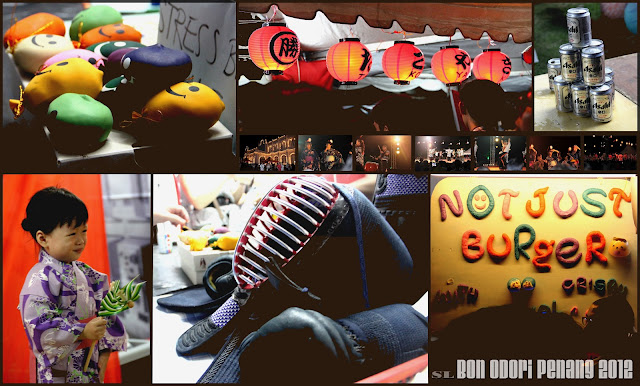 After all that, we finally settled down near the stage to watch the performances. They were all actually quite good. Awesome to be exact. We could see that the performers were really enjoying themselves up there. Not something i could easily forget. 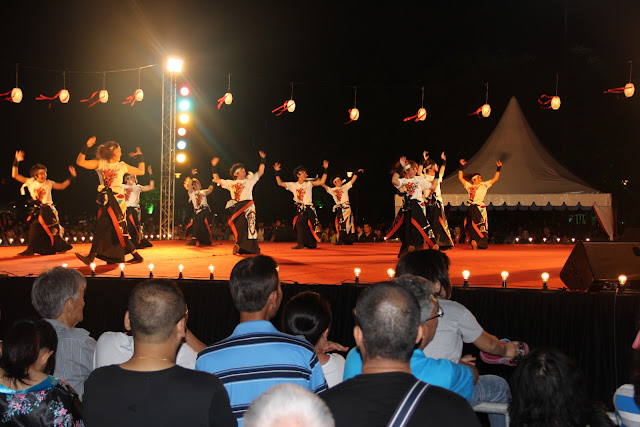 And after the traditional rasa sayang dance: Fireworks time!!

To my surprised, somehow my friend was right. The fireworks did started firing up exactly at 10pm as planned. I was thinking Malaysia standard practice normally buffer around 30 minutes. Maybe cause this is a Japanese event.

And so, the fireworks didn't disappoint. Nice to witness a proper one after so long. I think my last fireworks experience was during New Year celebration in 2010/2011 Straight Quay. The rest are just small small one for CNY and stuff. You can watch the entire fireworks video i captured on top.

It was a Good Night.

Cheers
Posted by Simon Loh at 3:42 AM No comments: